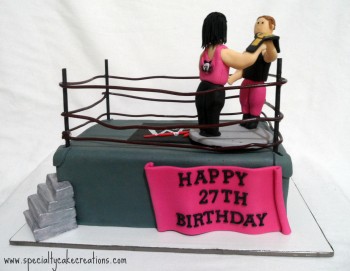 Summer is a very busy time for cake making and not always do I find the time to post pictures of the cakes of the week. But now starts the time where I get the chance to start catching up.

Lindsay ordered this very unusual birthday cake was created for her boyfriend who is a great wrestling enthusiast. 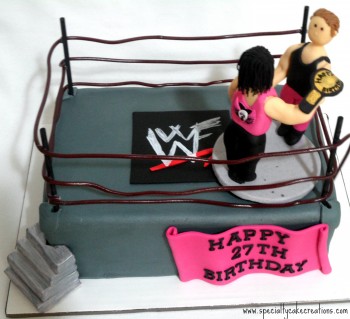 She was very helpful in the designing process with sending me pictures of specific elements on the cake like a wrestling ring, the WWE logo, and of Bret Hart the Hitman, the birthday boy’s favorite wrestler. 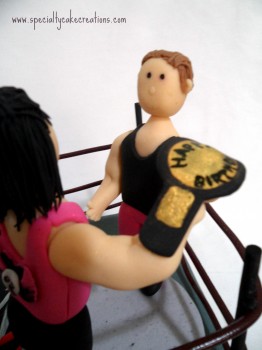 The wrestler figurines on top of the cake are created from gumpaste after Bret Hart and the birthday boy.

They are both holding a belt created after a WWE championship belt that reads “Happy Birthday”.

It was a three-layered cake in the flavors of vanilla bean, marble, and hazelnut with vanilla bean buttercream filling.