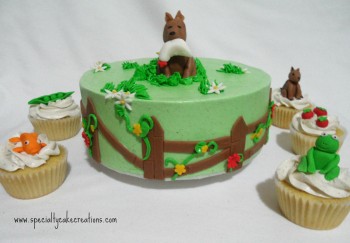 This was by far the most unusual request I have received for a wedding cupcake tower.

The couple was getting married in a beautiful outdoor wedding on their own acreage. They requested to include many elements of their farm life into the cupcake decorations. 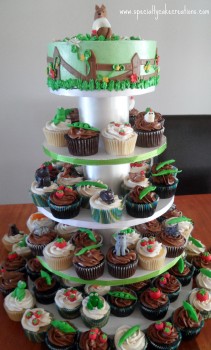 The animals that can be found on their farm and also made from fondant on the cupcakes are donkeys, fish, frogs, chickens, a cat, and their German Shepherd.

They are also growing tomatoes and peas in their own garden which can also be found on the cupcakes. 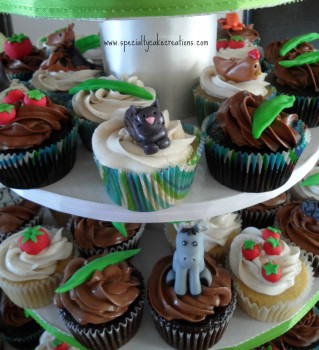 For the topper cake the bride had the humorous idea to include a scene also occurring on their farm of a coyote stealing away a chicken.

This scene definitely received the most comments from the guests who saw me set up the cupcake tower. 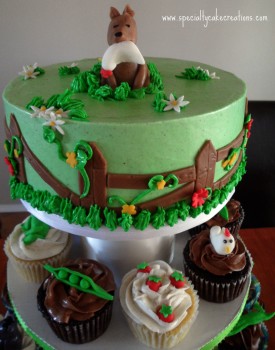 As the bride and part of the wedding party were vegan half of the cupcakes were entirely vegan including the fondant decorations. 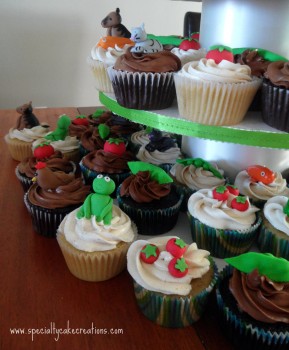